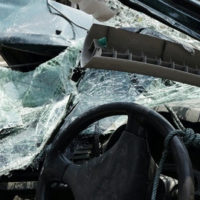 Reckless driving behaviors, such as being under the influence and speeding, can lead to traffic tickets resulting in heavy fines, driving suspensions, and other penalties. They are also a major contributing cause of car accidents in Bradenton, resulting in serious injuries. As a recent crash shows, even seemingly minor traffic infractions can endanger the lives of you, your passengers, and others on the road.

A 26-year-old Bradenton woman was tragically killed in a fatal car accident on State Road 80 in Hendry County recently. According to a September 8, 2019 news report from My Suncoast, the woman was headed westbound around a curve on the road, when she collided with a 32-year-old male driver headed the opposite direction. It happened as he attempted to pass slower moving traffic in a no-passing zone. To make matters worse, he had a three-year-old child in the vehicle.

The impact of the crash left the woman with fatal injuries. The other driver was taken to a local hospital while the child was unharmed in the incident. Charges are pending and though improper passing is only a minor traffic violation, the penalties the driver faces will be significantly more severe as his actions resulted in a crash that caused fatal injuries to others and endangered his child.

According to statistics from the Florida Department of Highway Safety and Motor Vehicles (FLHSMV), more than 250,000 people are injured each year in car accidents throughout the state, while more than 3,000 others die as a result of their injuries. Violations of traffic safety rules and regulations on the part of others on the road are often to blame.

While speeding and impaired driving are common causes of car crashes in Bradenton, other types of reckless and illegal behaviors could put you and your passengers at risk. In addition to improper passing, these include:

When crashes occur as a result and leave you suffering serious injuries, the at fault driver can be held liable for the medical costs, lost wages, and other expenses you suffer through an insurance claim or by filing a personal injury lawsuit.

At the Law Office of Steven G. Lavely, we help you hold reckless, at fault drivers accountable when crashes occur. We thoroughly investigate every aspect of your case and review all the evidence to prove the other driver was to blame. This includes collecting information from police reports and witnesses at the scene, along with any video footage from nearby stores or traffic signals. To find out how we can help in your situation, contact our Bradenton car accident attorney to request a consultation today.