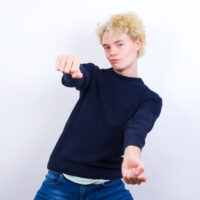 With school out and long days to spend with their friends, summer is a common time of year for teen drivers to be on the road. Unfortunately, they are the ones most at risk for car accidents resulting in potentially severe injuries. Our Bradenton car accident lawyer details some of the most common mistakes young drivers are likely to make.

Car accidents in Bradenton can happen to people of all ages. However, young people are among the most at risk and tend to suffer the most serious personal injuries.

According to the Centers For Disease Control and Prevention (CDC), car crashes are the second leading cause of death among young people under 17. Factors that make them more likely to be involved in collisions include:

Mistakes Teens Are Most Likely To Make Behind The Wheel

Even among the most mature and conscientious teens, there are still certain types of mistakes they are likely to make while driving, which could increase car accident risks. According to the website Raising Teens Today, among the most common include:

At the Law Office of Steven G. Lavely, we are dedicated to helping accident victims get the compensation they are entitled to in a claim. If you or someone you love is injured, call or contact our Bradenton car accident lawyer online and request a consultation today.