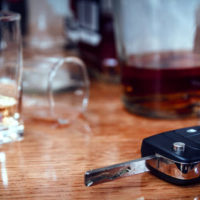 Bradenton offers numerous parties, events, and outdoor activities to keep all members of the family busy and entertained. However, it is important to recognize the role alcohol plays in many of these festivities, which makes car accidents and injuries more common at this time of year. The following are some sober facts about New Year’s Eve drinking and common myths you need to be aware of.

Myths About Driving Under the Influence (DUI)

New Year’s celebrations often focus on parties where there is drinking involved and it can prove challenging to resist the pressure to toast and ring in the new year ahead. However, it is important to be aware of the dangers this poses once you leave an event or gathering. According to the National Institute on Alcohol Abuse and Alcoholism (NIAAA), New Year’s Eve is one of the most common nights for alcohol related crashes to occur.

The NIAAA reports that two to three times more people are involved in drunk driving related accidents over the holiday, while 40 percent of traffic fatalities on New Year’s Eve involve a driver who is impaired. Part of the problem is that there are common myths about alcohol consumption that lead drivers to minimize the risks. These include:

The National Highway Traffic Safety Administration (NHTSA) warns that efforts such as getting fresh air, eating, taking a cold shower, or listening to loud music on the radio does nothing to reduce the effect of alcohol on your system. Once you have had even one or two drinks, the only way to reduce your risks of being involved in a DUI car accident is to not get behind the wheel.

When you suffer serious injuries due to the negligent actions of other motorists, such as drinking and driving, the Law Office of Steven G. Lavely is here to help you get the compensation you need to recover. To request a consultation regarding how we can assist you, contact our Bradenton car accident attorney today.